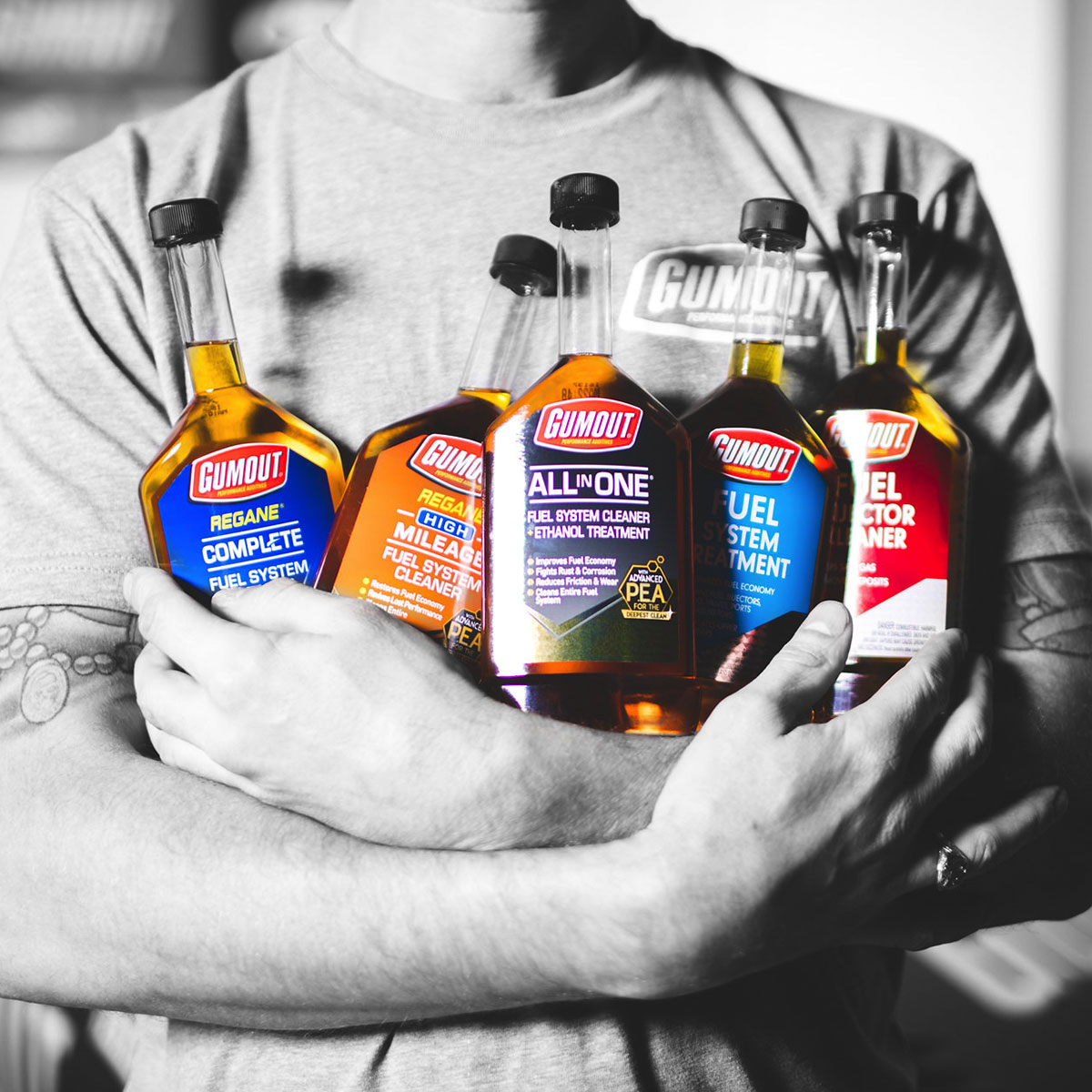 PERFORMANCE IN ART:
THE HOT ROD PROPAGANDA ARTIST AND CUSTOM CAR FABRICATOR THAT IS KEEPING CLASSIC AMERICANA ALIVE BY WAY OF HIS ART.

You have likely come across some of his work. For several years, Grundy served as the show artist for SEMA. He used his unique design style to transform Disney movie characters into collectible art. Recently, Gumout tapped his skills to create artwork that represented Gumout’s heritage and Motorsports activities.

It would have been a challenge to find a better artist than Max Grundy to take on symbolizing Gumout’s heritage. Grundy and Gumout both have a connection to World War II. Grundy’s use of a minimal color palette, bold outlines, and graphical elements are collectively a nod to World War II propaganda posters.

“The symbol of the hot rod is really the symbol of America. . . . America, to me, is an idea. . . . That idea manifests itself in a hot rod. And the way it manifest itself is a do-it-yourself attitude, a do-it-yourself style. Hot rodders pave their own trails. We’re a self-sufficient type of people.”

Gumout played a pivotal role during World War II. As part of the Lend-Lease program, the U.S. sent thousands of pre-fueled tanks, planes, cars and trucks to the British government. During the long voyage, the fuel in the internal combustion engines would start to deteriorate, allowing a gummy residue to form on key engine parts. This kept the vehicles from running right when they arrived. To solve the problem, the U.S. enlisted the help of Gumout to remove the gum and varnish from the equipment helping them run at peak performance. Grundy’s artwork designed for Gumout titled “Godspeed” takes you on a journey back to World War II in the heat of battle. The combat image is not meant to invoke fear but rather excitement. Through Godspeed, Grundy powerfully reflects the courage, resilience, and strong performance displayed by the men and women of the Allied powers. Some of those men and women may be your relatives, and this is your heritage. Godspeed represents a heritage that should be honored because, while grueling, the journey was conquered and the war won; the proof is in the generations that are thriving today.

“My older brother, whom I looked up to, he was really into all things World War II and I think that’s where I was first exposed to old World War II propaganda posters. They used simple colors, three or four colors, bold outlines, and it was about being a symbol that communicates quickly to a mass audience. . . . That was a big influence growing up. . . . The history of Gumout was in line with what I do as an artist and my interests. I was born in the seventies, but I’m interested in that era.”